What is split tunneling?

Buckle up! Embark on our 5-part series and learn all about split tunneling, a Mullvad VPN feature now available on three platforms! In Part 1 (out of 5), we explain what split tunneling actually is.

Now that our app supports split tunneling on Windows, Android, and Linux, we’re excited to share our development journey with you. Written by one of our very own developers, this series will get somewhat technical as we go along, but for now let's take a brief moment to explain what split tunneling is.

What is split tunneling?

When using a private VPN, all internet traffic is typically sent in an encrypted VPN tunnel. This is a good default configuration that ensures traffic will not unexpectedly leak out unencrypted. However, using an encrypted tunnel in certain scenarios is too inefficient or simply not possible.

As a privacy-conscious person, it’s best to use the VPN tunnel as much as possible and only make exceptions for certain traffic. This is exactly what split tunneling does: it conditionally sends traffic outside the encrypted tunnel.

Different implementations of split tunneling will use different conditions in order to identify traffic that should be excluded. We've chosen to use a single condition: the application making the network request. And we’ll explain our solution more thoroughly later on. 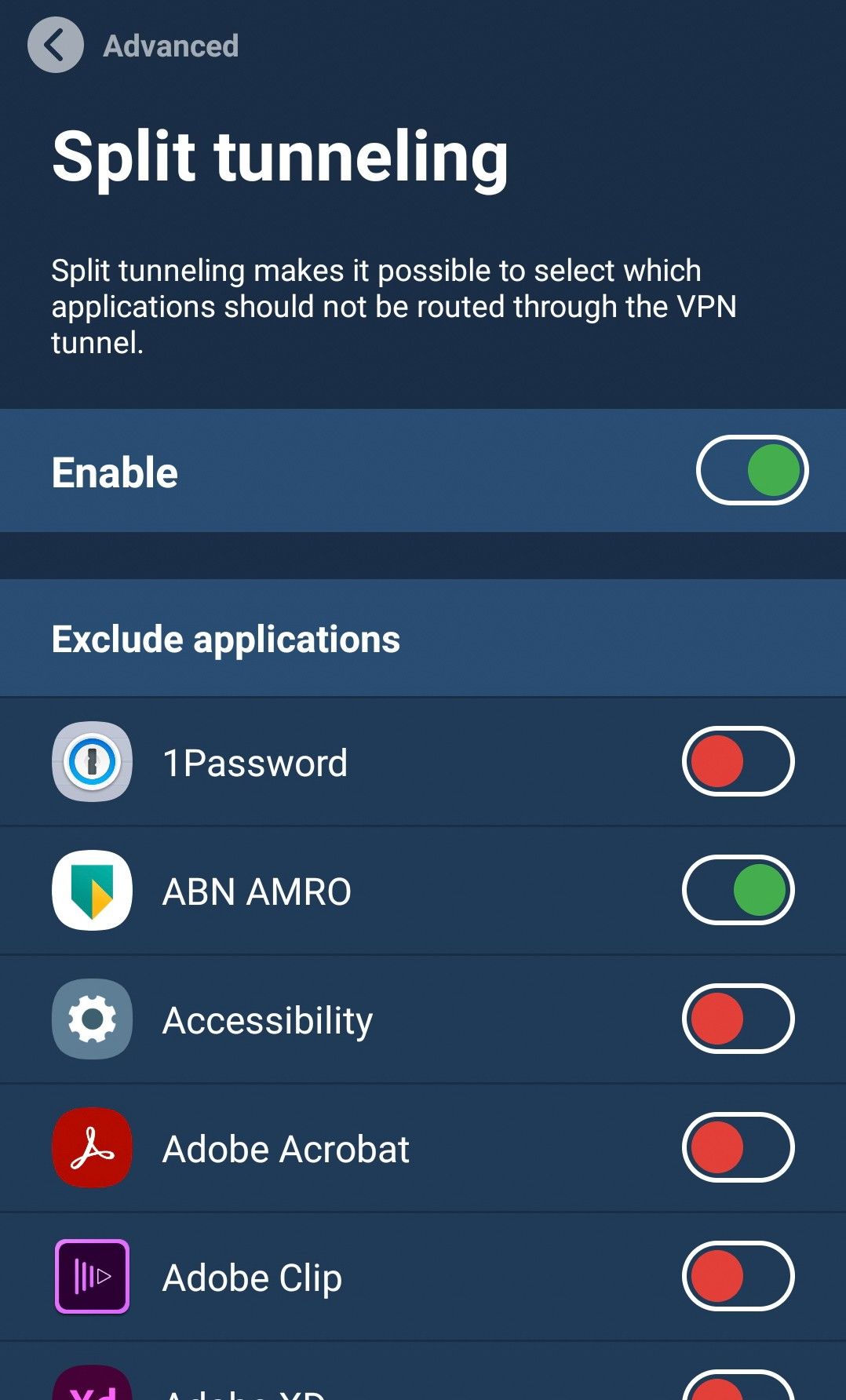