Upgrade now to the newest version of the Mullvad VPN app!

Download now version 2019.1 for Windows, macOS, and Linux users. If you need help with installation and usage, we've got guides for that!

What's new in this version

We reworked a couple of the options under Preferences: 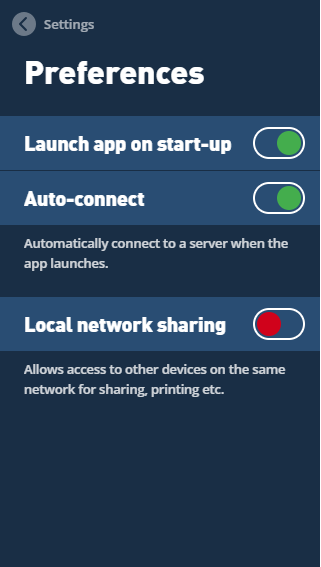 Block when disconnected is a new option under Advanced settings. Enabling this activates an extra kill switch that blocks all network traffic outside the tunnel, even when you yourself have disconnected from Mullvad. 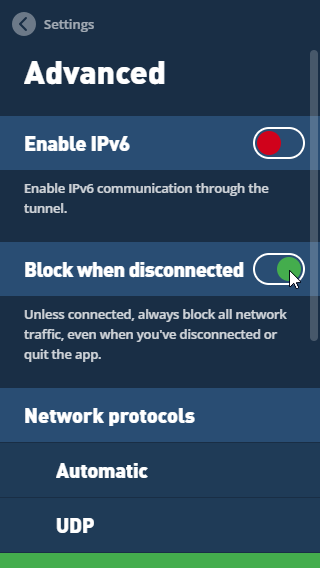 We've improved the confirmation dialog box that appears when submitting a bug report without specifying an email address. 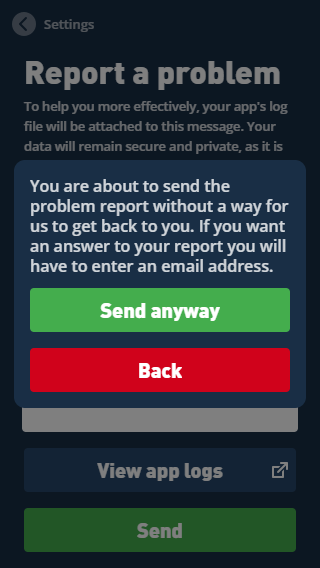 Unaware that you're low on account credit? You'll be notified in the connection screen three days beforehand.

macOS users, Monochromatic tray icon under Preferences allows for a grayscale tray icon instead of a colored one.

Linux users, Start minimized under Preferences allows you to choose if you only want to show the tray icon when the app starts.

First, a big one for Windows. Some users were stuck with the app unsuccessfully trying to connect, the reason being that the app couldn't detect a working TAP adapter on the computer. If this is the case now, you'll be notified in the app, asking you either to re-enable your existing TAP adapter or to reinstall the app.

And a few other general fixes:

As recently explained on our blog, we're dropping app support for Ubuntu 14.04. This is due to improperly working firewall rules, an issue that exists on all Linux kernels older than 4.8.0.

If you're affected, a warning will display in the app's connection screen.

We strongly encourage Linux users to upgrade their kernels AND to install the latest Mullvad app version.